Q- What is the ASPMQ?
A- The ASPMQ is the non-profit association that represents Tire and Mechanic Specialists of Quebec in several forums.

Q- What is its mission?
R- Bring together the businesses, distributors, and installers that work in the field of tires and mechanic services in Quebec to protect, standardize, and develop all aspects of their industry in accordance with the laws which govern it.

Q- Who were its founders?
A- On June 3, 1969, Georges Turcotte, François Ratté, Gilles Picard and Gaétan Métivier were issued the letters patent of the corporation now known as ASPMQ.

Q-Why was it founded?
R- To represent tire retailers on the various parity committees as an entity distinct from auto dealers and major chains, because their concerns are different.

Q-What has it achieved, and what are benefits of joining?
A- A partial list of the successes of forty-five (45) years of involvement in various political, economic, operational, and other issues: 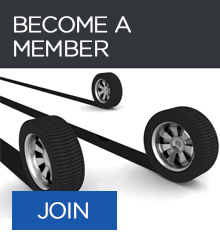